From Saint-Paul to Saint-Georges, through the architectural area of Saint Jean, the Old-Lyon Renaissance Quarter, UNESCO Global Heritage listed, offers a special atmosphere where you will discover the famous traboules. These are galleries that allow people to cross one cobbled street to another thanks to the hallways of houses that reveal renovated inner courtyards, italian galleries and spiral staircases…

The contemporary Architecture in the Confluence Quarter

The Natural History and Civilisation Museum of Confluences located at the Confluent of the Rhone and the Saône rivers officially opened in December 2014. Its permanent and temporary exhibitions are dedicated to Human Sciences and Techniques in an architectural building where volumes seem completely randomly laid out.

The Cuisine of Lyon – The Gastronomy of Lyon

From its traditional bouchons to its wine-related mâchons, through its innovative cuisine you will easily find a way to be satisfied.

After an introduction on Lyon gastronomy, discover a festival of colors, hues, flavours, tastes within a mythical institution that built the reputation of the local gastronomy. In 2015, Paul Bocuse celebrated his 50 years of 3 stars in the Michelin Guide. To glorify Paul Bocuse, a lighted fresco was created on this occasion.

Forget all you already knew about the show-dinner universe. This new music-hall officially openned in September 2015 and is likely to promise a genre revolution. Indeed, it presents numerous innovative technologies that serve a filled-with-emotion show such as holographic concerts, giant video-projections, 3D effects, stage performances… A wave of images floods the stage playing with the dancers while you are sitting in a cosy atmosphere, and tasting a meticulous gastronomy. 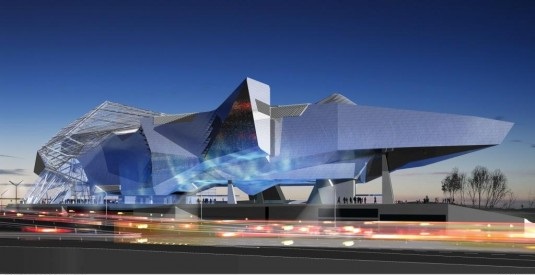